Models, actresses, influencers, but above all: sisters. This is the main takeaway I get upon initially meeting with Andrea, Arianna and Athena Levesque. For approximately two years, the Astoria-based Levesque sisters have cemented their position in the fashion & entertainment world. And for some, it may be easy to let fame and success get to their head, distracting from the foundation of what got said individual to where they are today. But not for these three; they remain grounded, friendly & self-aware.

Growing up in a small neighborhood in Cape Cod, Massachusetts, the triplets were always attracted to theater and acting, but they never quite pictured it as more than a hobby. As they grew older, their young adult lives took them even further from their initial passion for acting; Arianna moved to New York City and graduated from the Fashion Institute of Technology, while Andrea and Athena pursued their degrees, with each earning a Master’s Degree from Tufts University and University of Massachusetts: Amherst, respectively.

It was in the post-graduate years that the triplets decided to come together and pursue a career in modeling. Andrea & Athena would frequently visit Arianna while she lived in New York City, building her connections in the fashion world. And after all, they had that ‘it’ factor…it’s not every day you see three identical women. Designers quickly caught on to the notion of having triplets as models, and the Levesque sisters have walked the New York Fashion Week runways for the likes of Adrian Alicea, Romeo + Juliet Couture, and more. 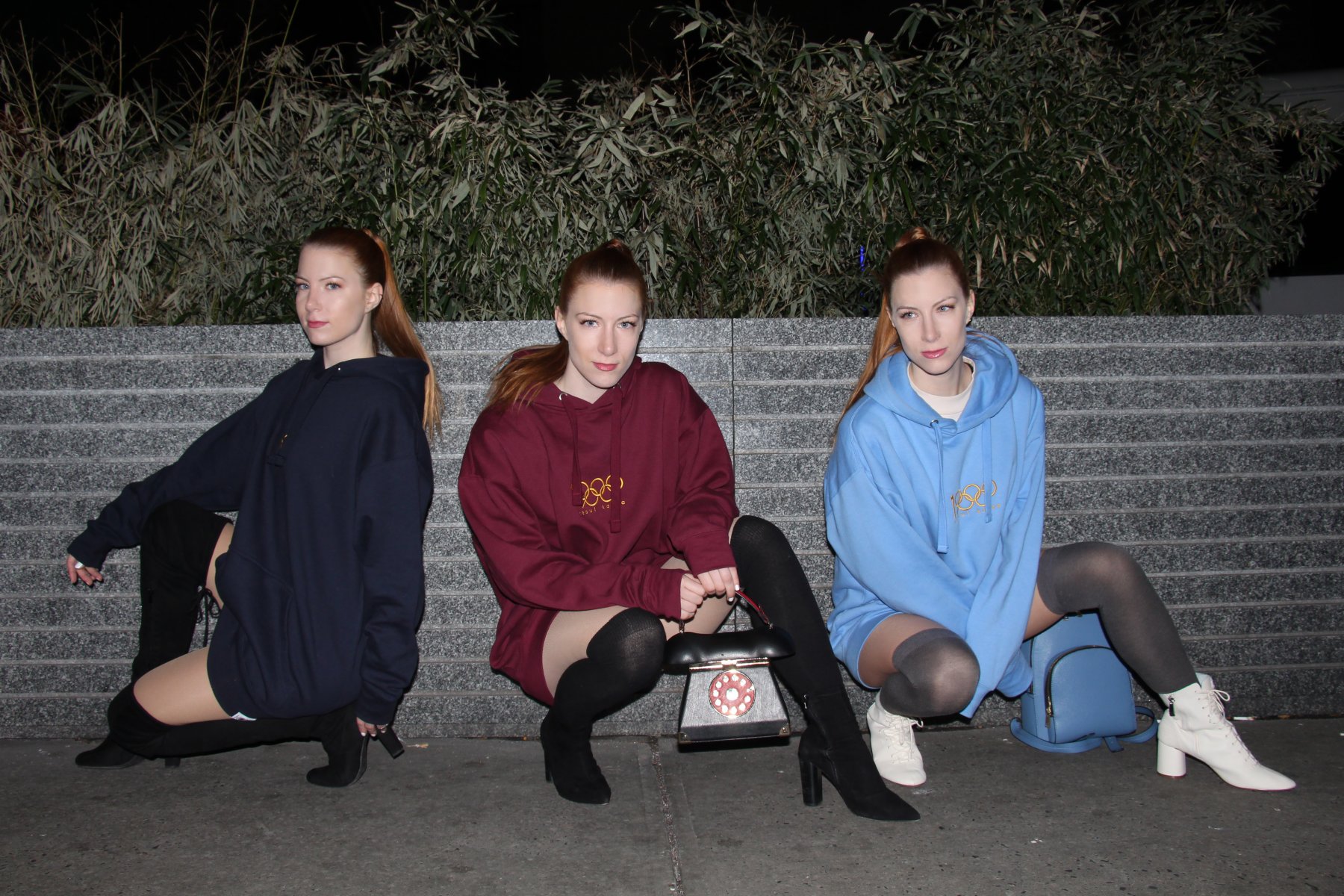 Not only have the Levesque triplets rocked the fashion world, they’ve made an impression in the entertainment industry as well. Their coolest TV appearance to date? Working with E! Entertainment for the Oscars red carpet and being dressed by stylist Mandi Line, costume designer of Pretty Little Liars (also one of Arianna’s designer inspirations). The trio has also been profiled by The New York Times, featured on a Good Morning America segment, received reality show interest, and have quite the Instagram following, with over 10K+ followers as Instagram influencers (see here).

The Levesques credit Astoria, where they’ve called home for the last two years, as a grounding factor. They love the community feel, the delicious restaurants & bakeries, and the growing number of innovative small businesses, to which they hope to add to someday, with Andrea’s expertise in photography and Arianna’s designer background, as well as Athena’s strong writing abilities. The triplets are also looking to work with businesses in the area with a beauty background as part of their influencer status (if you’re reading and interested, make sure to get in touch!)

What’s next for the Levesque trio? They recently began illustrating and writing a children’s book, specifically focusing on triplets, which Arianna is illustrating and Athena & Andrea are writing, along with their sister. While, yes, they look exactly alike, after just a few minutes with them you are able to see their unique personalities shine through: like Andrea’s eye for photography, Athena’s passion for writing & travel, and Arianna’s impeccable fashion. Each triplet has a different quality to bring to the table. “That’s the cool thing about being triplets, there is so much inspiration we could draw from each other”, says Arianna with a smile. 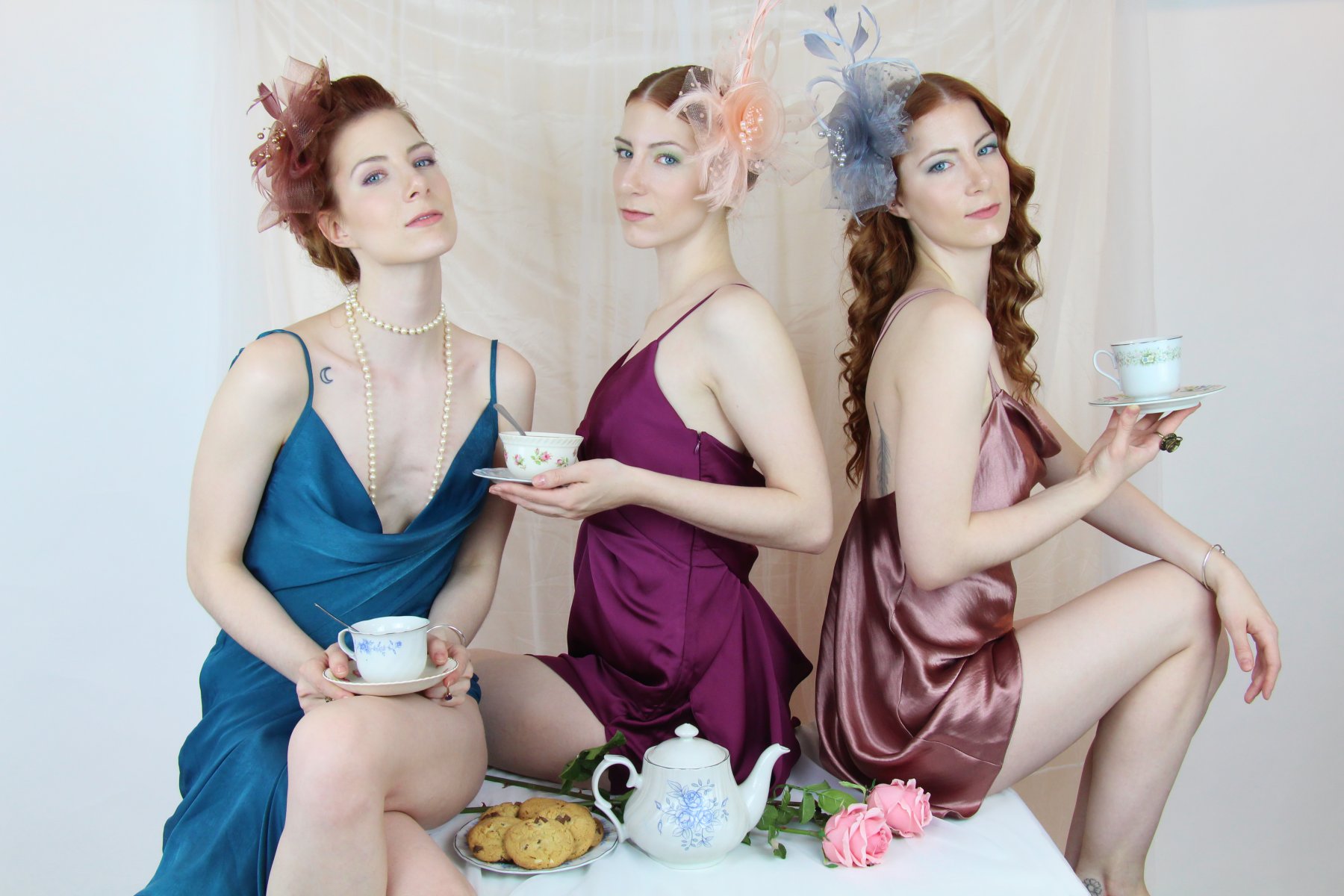