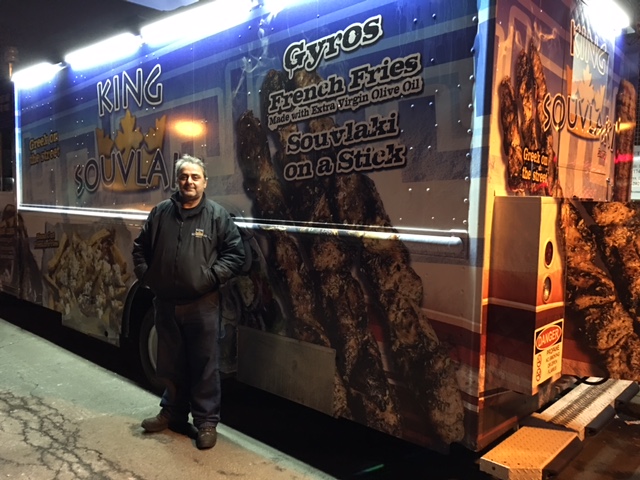 In 1979, George Tsampas' Uncle started serving the mainy Greek community of Astoria he's homemade souvlaki. The fresh ingredients and passion for the Hellenic cuisine soon attracted lines of Astorians waiting for some platter and gyros, but it wasn't until 1992 – when George took over – that the King was truly born.

'The Greek on the Street' soon parked his food truck on 31st St & 31st Ave and the rest, as they say, was history.

His brother Kostas soon joined him, opening up a truck on 2nd Northern Blvd and Bell Blvd, and the two have been giving us delicious mouthwatering Greek meats and sauces ever since. 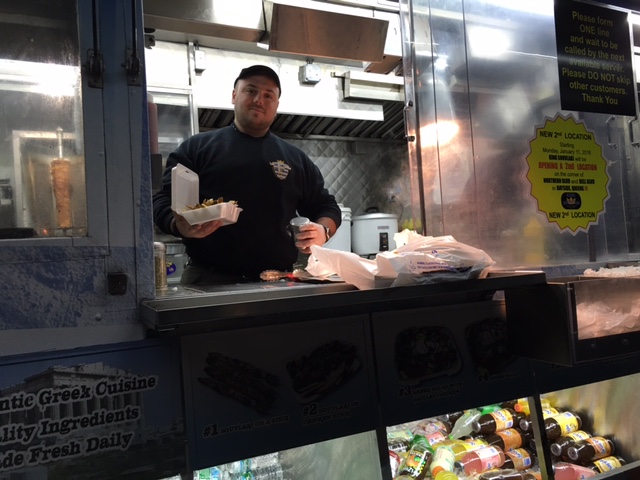 Goerge takes pride in cooking his food, using only the freshest ingredients, and making sure to use Extra Virgin Olive Oil in all aspects of the cooking. His son Lambros joins him in the truck every day, which Goerge hopes to one day turn into a restaurant to pass on to the kids.

He says the neighborhood has changed a lot in the last twenty years. What once was predominatly Greek has now turned into a melting pot of cultures, but no matter who's coming in or out, there is always a line for the King. 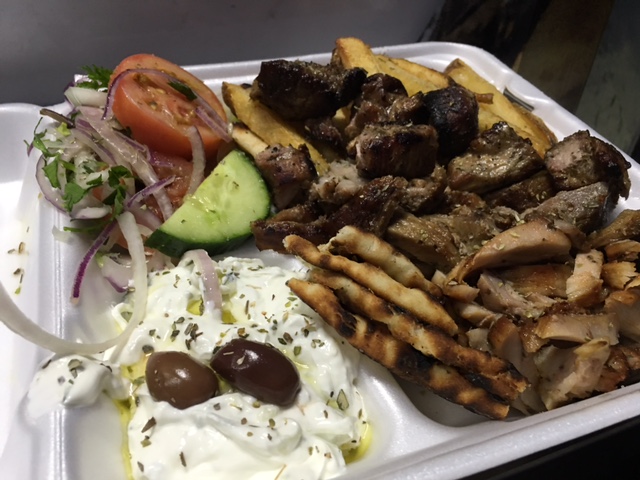 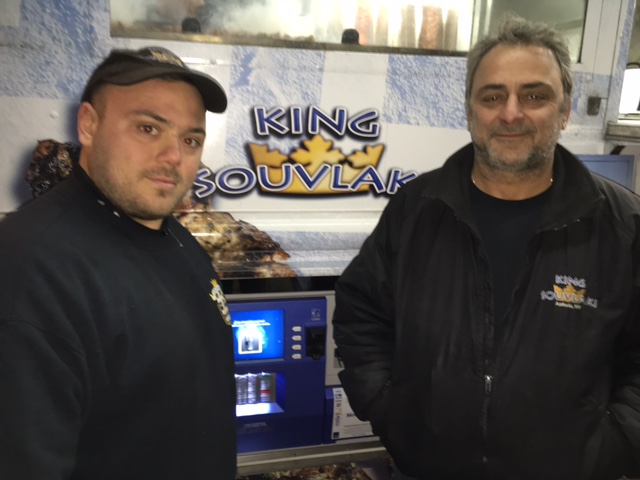 The King Souvlaki, who also does catering for parties and events said that we can expect a third food truck to grace our streets very soon.