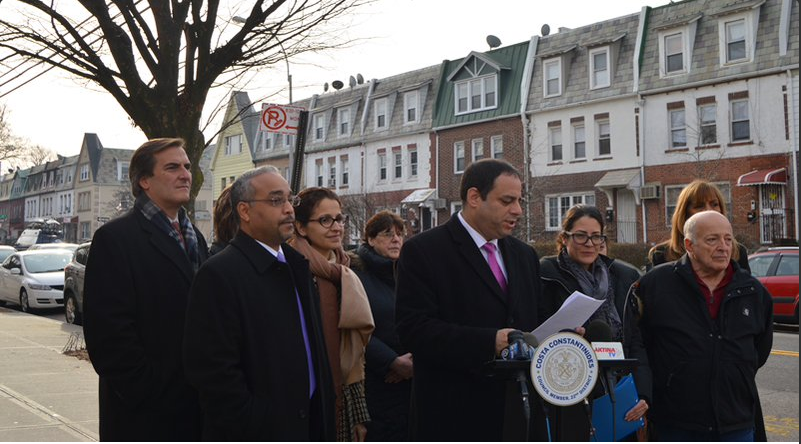 It's been years that Astoria residents along with officials have pleaded for safety measures, and finally residents can breath a sigh of relief as the Department of Transportation will finally install traffic lights along 21st Aveneue.

According to the press release, the traffic lights will be installed in late April at intersections of 23rd, 24th and Crescent Street. At the moment there are only 2 traffic lights and no stop signs.

Councilman Costa Constantinides stated that since 2009 there have been numerous injuries including one fatality.

"I am proud that following our long advocacy campaign for traffic safety on this thoroughfare, these traffic lights will make 21st Avenue safer for pedestrians and drivers. Families have deserved better than the speeding and unsafe conditions that occur here every day. I look forward to working with DOT and the community as these safety improvements are implemented" he said.

After the 2009 death of an Astoria resident, due to a car crash, on the corner of 21st Avenue and 23rd Street, rallies were held by elected officials along with community members demanding trafic safety imporvements be put in place.

There was a speed bump installed on 21st Avenue and 26th Street in 2010, however nothing further was done, and problems still remained.

"For far too long 21st Avenue was the scene of accident after accident," said Assemblymember Aravella Simotas, who advocated for the traffic lights.  "Today, thanks to the efforts of Councilmember Constantinides, the Department of Transportation and, especially, community members, we can look forward to a safer community where students, young families and elderly residents can safely walk, drive or bike to school, to work or to shop. These traffic lights are proof that each of us can have a hand and voice in making our community better."