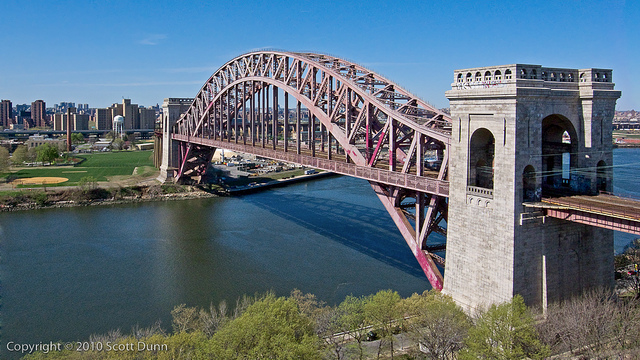 Late Sunday night,  a helicopter could be seen hovering around Hell Gate Bridge, while NYPD cars were parked nearby, with police officers pointing up.

It appeared that a young man had snuck onto the bridge and walked along the tracks toward the other side. 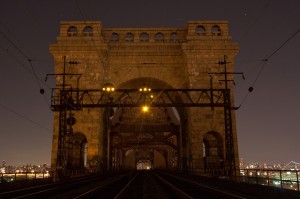 The Emergency Police Unit showed up not too long afterward as residence that were near the area began to gather.

The young man was not apprehended, and the Amtrack train appeared to have been running slow at the time.

The Hell Gate Bridge is very much synonymous with Astoria, and its residence, and this isn’t the first instance where youths walked the tracks.

Stories of young men walking along the bridge as a kind of ‘rite of passage‘ have always circled around the neighborhood.

The doors leading up to the bridge for a long while are now locked, for obvious safety reasons. 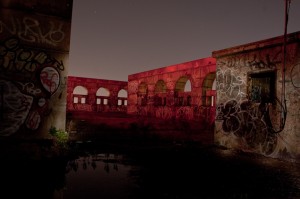 However there are still many that take another way up, or break through the doors.

Graffiti can be seen all over the inside, and is often changing, which would suggest that the new security measures may not be so secure.

For some amazing pictures of the Bridge, click the red.