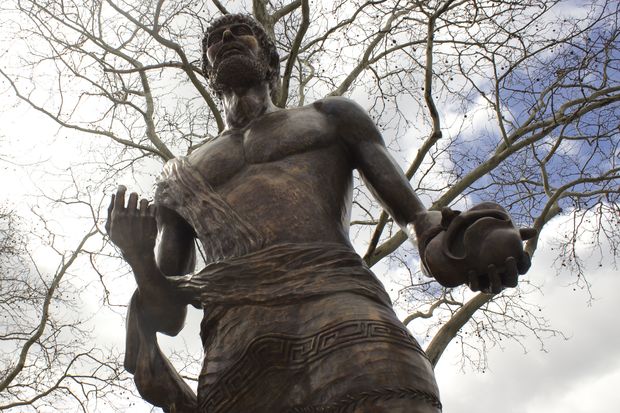 The ambitious Athen Square Park project is finally complete!
Between the collection of behemoth Greek statues, the park has placed their final sculpture: a towering bronze statue depicting Sophocles. 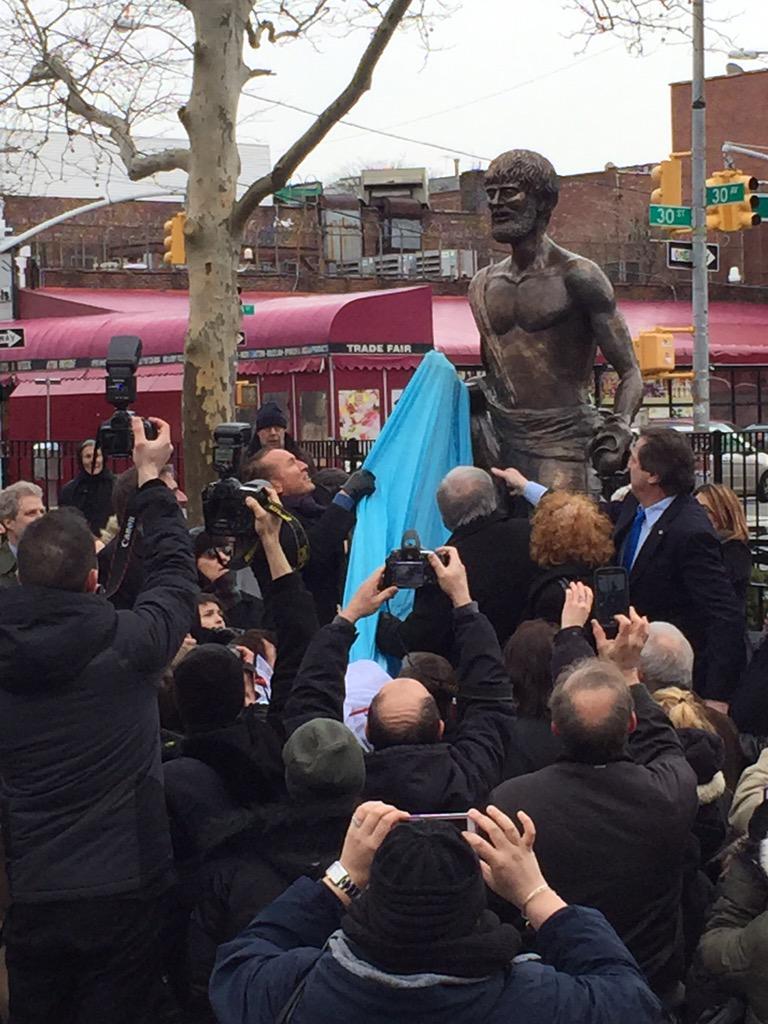 The park recently went under repairs and renovations that totaled $850,000 – re-opening earlier this year to the public.

The Athens Square Park project started nearly thirty years with just three members of the community: Dennis Syntilas (who passed away earlier this year), George Delis, and George Stamatiades, and had the backing of Peter Vallone Sr.

The idea behind Athens Square Park was to create a neighborhood park,  that was “a little bit of Athens in Astoria.” The idea was pushed by Astoria’s sizable Greek population, many of whom had immigrated to Astoria after the Greek Civil War.

Athens Square Park is right near Henry David Thoreau elementary school, and with it’s basketball courts and jungle gyms, is a welcome haven for many Astoria children.

The first statue was unveiled in 1993; a statue of the philosopher Socrates. Next came the three fluted Doric columns supporting a curved entablature, all of granite, which were installed adjacent to the amphitheater in 1996, and in May of 1998, Greece presented Athens Square Park with an exact replica of an Athena statue they had unearthed, finally bringing a true piece of Greece to the park.

Now, after five years of fundraising, Sophocles has finally been added to the park – and today was the unveiling. Many community leaders including Senator Michael Gianaris and Councilman Costa Constantinides were in attendance. 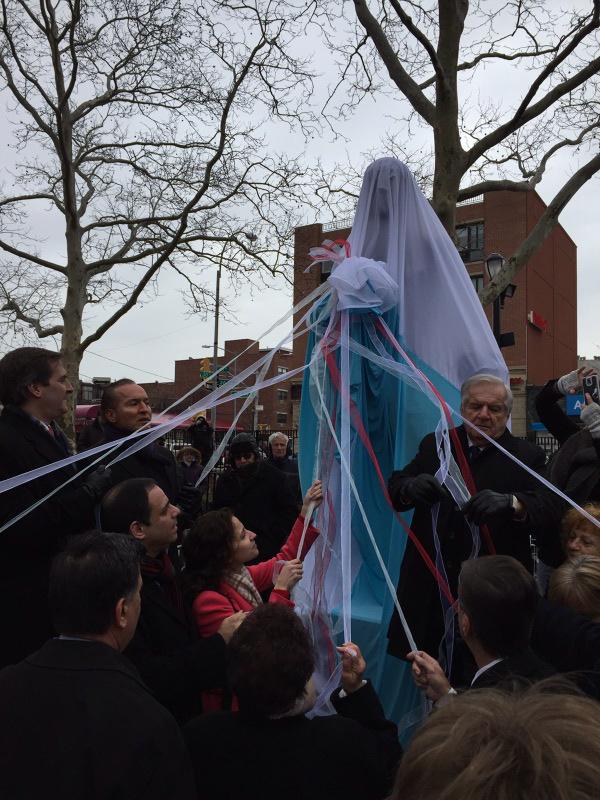