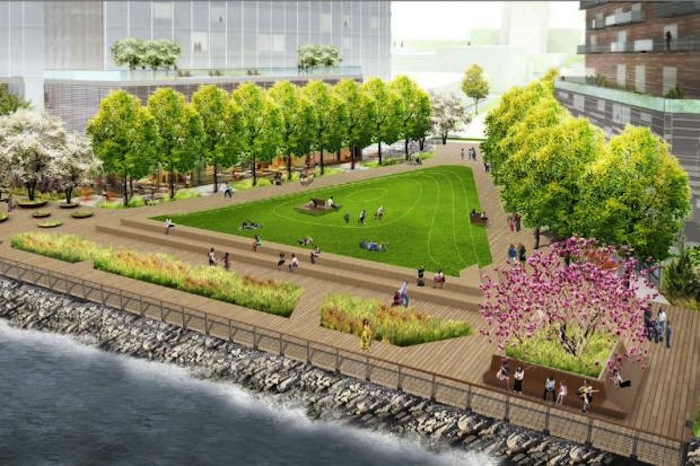 It seems like we were just going back and forth on the Hallet’s Cove Development – but it’s time to start building.

Development seemed unsure, but the Durst Organization paid a whopping $100,000,000 to gain a 90% stake in the development – which shows they really  wanted it built – and now it’s moving full force ahead.

Construction is reported to start in nine short months, and will continue on for six years.

Hallet’s Cove is right next to the Astoria Cove development – which hasn’t been approved yet. Hallet’s Cove will span a whopping seven acres, and will be occupied by seven residential buildings. This means bringing 2,200 new units to the development.

As agreed upon my local politicians and the developers, 20% of the units will be “affordable,” – no word yet on what affordable actually is. We have a feeling the majority of those buying units in the development won’t be as Astoria-centric as our readers are, though. Side note: Most of the properties owned by the Durst Group are located in Manhattan.

Along with residential units, the development is going to have a public school, supermarket, and waterfront esplanade (essentially an open space to walk near the water).