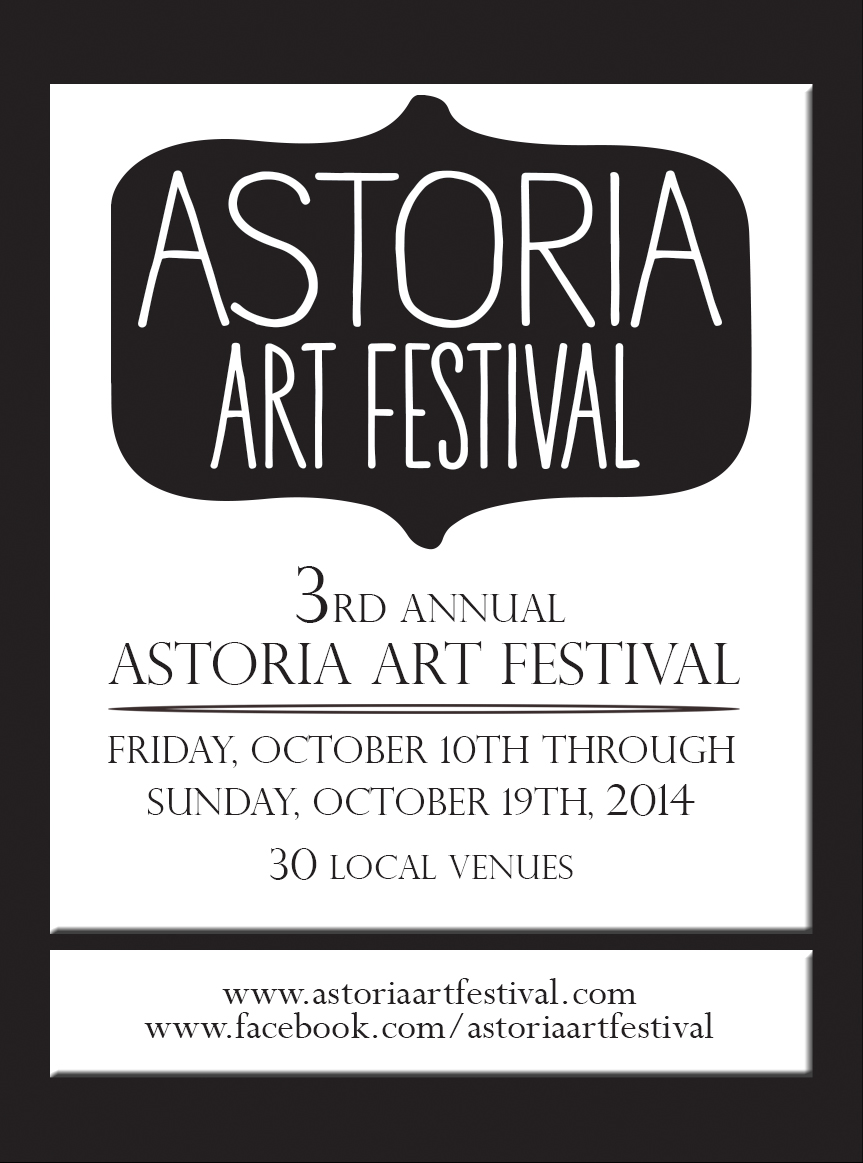 Tomorrow marks the official launch part of the Astoria Arts Festival – and this year is bigger and better than ever before.

Astoria Art Festival is a week-long arts and culture festival focused on Queens based artists. Now in its third year, this celebration of our neighborhood’s vibrant community and local art scene is free and open to the public.

This year the festival dates are October 10th through October 19th, 2014. There are over 30 local venues this year and a week’s worth of exciting events planned, and more than 65 artists participating!

Astoria Art Festival was started three years ago by Lizabeth Nieves, who says she began the event because, “There was a big lack of focus on arts in the community. I knew so many artists, and I knew Astoria was the place to showcase them. I used to throw little music and arts events, but I realized I needed to do something bigger.” And some she embarked on a project that has consistently grown each year – now featuring artists from all over Queens – not just Astoria.

At first, it sounds like there’s just paintings at different restaurants – but we want you to zoom out and look at the big picture. What Astoria Art Festival has done is literally turn entire neighborhood into an art gallery. Rather than walls and benches, the different areas of the gallery are separated by buildings and streets and crosswalks. Lizabeth and her team have taken a simple stationary act: viewing art, and made it into a mobile, interactive experience.

Speaking of the team – Lizabeth has put together a huge group of people who have come together and really put their heart and soul into this event, and we seriously commend them on working so hard to keep the arts in Astoria alive and thriving. The team consists of Nur Asik, Christine Haber, Ashley Balavender, Brianna McKinney, Nicci Carnaggio andMair DeMarco.

Lizabeth tells us that she’s insanely excited for the event – and especially about the launch party. “The artists,” she says, “are beyond amazing. There’s five we will be featuring, and each artist’s work is vibrant and flawless – and the most fascinating part is that none of them know each other, and yet their work comes together and blends so perfectly. It all meshes in a way that it really phenomenal.”

We’re glad to see that the arts in Astoria are getting so much attention, and we can’t wait to stop by our favorite spots and see the walls adorned with artwork!