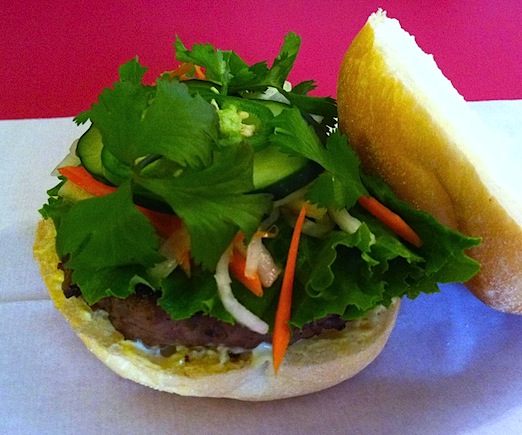 Let me tell you how I discovered Nosh Borough. I was walking down Astoria Boulevard, taking pictures for our sister page Humans of Astoria, when a man whose picture I was taking asked me, “Do you know Jenny?” “No,” I replied, “I don’t!” because there’s a lot of Jenny’s in the world, and I most certainly didn’t know his. “OH, YOU HAVE GOT TO MEET HER. COME ON!” And so I embarked on a journey with a random stranger, to meet a random stranger, and I’m glad to say it turned out far better than I could have imagined. Also, I’m still alive.

Jenny, it turns out, isn’t a Jenny at all – she’s a Jinhee. Jinhee Park opened up Nosh Borough with her fiance Johney Han, and fate led me to their door. Now, Nosh Borough has only been around for less than two months, but they’ve gained a following pretty quickly – and I’m not surprised. 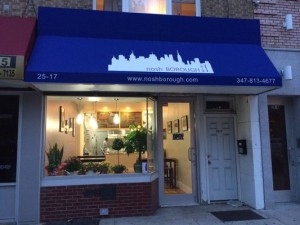 Jinhee and Johney are probably some of the nicest people I’ve ever met, and that’s not an exaggeration. Whoever comes in is greeted with a huge smile and encouraged to sit down and try some of their awesome food (which we’ll get to in a minute). Nosh Borough really has such a family feel – after visiting once, I found myself returning again just because the atmosphere was so welcoming. Jinhee is rambunctious and talkative – juxtaposed against Johney’s stoic, quiet presence. The two prove that a restaurant is more than just its food – it’s personality that counts as well.

So, let’s talk food. Jinhee and Johney have both been in the culinary industry for more than 12 years, and have honed their skills for more than a decade. They’ve worked in some of Manhattan’s best restaurants and hotels, including Maza, Gordon Ramsay’s restaurant in the London Hotel (a fact they modestly forgot to mention, and we learned through some Google sleuthing).

What they both realized, though, was that they wanted something that was their own – a place to create and serve their own creations – and so Nosh Borough was born. Jinhee told us, “We didn’t want to do fine dining. We wanted to make something that we would eat at home, something casual, slow cooked, and good.” Johney, who grew up in Texas, says he wanted to bring that Southern influence to his cooking – as well as incorporate both their backgrounds – which brings an Asian influence to the food.

The menu at Nosh Borough is short and precise – exactly how we like menus to be. They make everything in house – including a brisket that is slow cooked for 13 hours, and chicken that is brined for two days. Jinhee tells us, “We had a tiny little grill that we set up in my driveway, and we tried the recipes over and over until they were perfect.”

One of our favorites on the menu was the Wafco – a waffle taco that is a phenomenal mix of lettuce, red onions, jalapenos, cucumber, cilantro, pickled carrots, daikon, green sauce, and the meat of your choice. We opted for the brisket and it was heavenly. Seriously, melt in your mouth good. The jalapenos and sauce gave the whole thing an awesome kick.

We also tried the mac and cheese, and the kale salad, which includes grilled corn, apples, pickled red onions, toasted pumpkin seeds, grains, parmesan cheese, and raisins, and comes with a honey lime vinaigrette. I’m not a huge kale fan, but I actually ordered this again the second time I went – the vinaigrette and pumpkin sees make it extra tasty, with the corn making it refreshing.

They also have super yummy homemade desserts: chocolate peanut butter tarts and cheesecake with seasonal fruit topping. Our absolute favorite menu item, though, was the Bahn Mi Burger. Hands down. One of the juiciest, most flavorful burgers we’ve tried in a while. 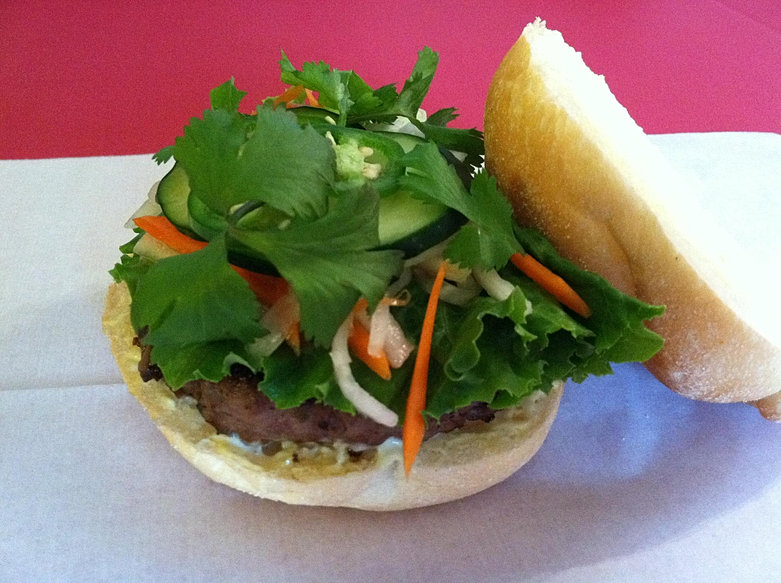 Overall, Nosh Borough was definitely an easy decision to make for pick of the week. What started out as a chance food munching with a stranger, turned into a new favorite lunch spot. You can find their entire menu here, or order online via Eat24.