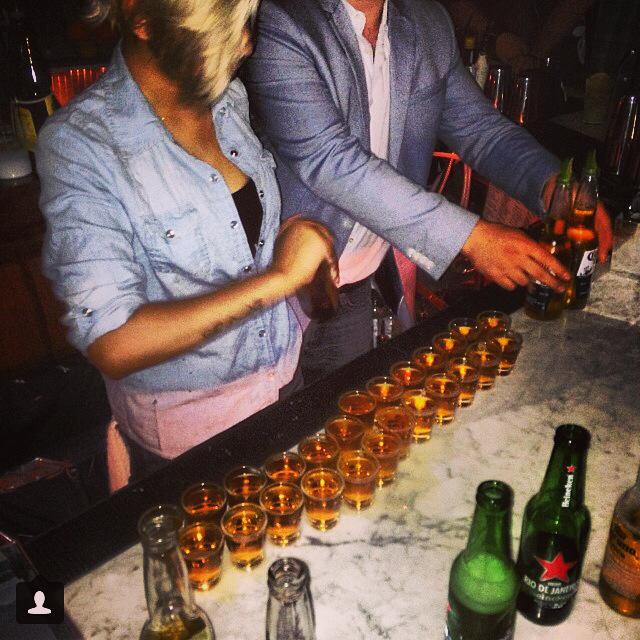 Astoria, listen. You need to take an extended lunch break and go watch the USA game – they need your support! Jurgen Klinsmann has you covered to get out of work, he tweeted this hilarious letter last night to get everyone out and supporting the USA team in their final group stage World Cup game:

Need note to get out of work Thurs? @J_Klinsmann has you covered. Show your cool boss. It will def work! #LetsDoThis pic.twitter.com/i2oCZmGAGZ 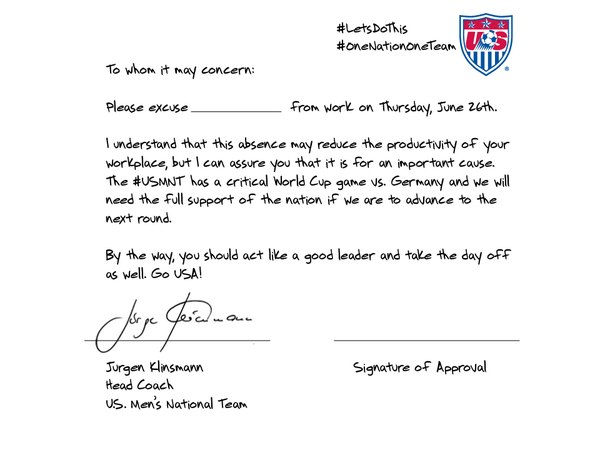 There’s no way we’re staying in the office to watch the game – so here’s where we’re headed in a short hour!

Since opening, Republic has gotten off to a seriously good start. There’s just a really great, laid back, but really fun atmosphere here, and we’ve found ourselves watching more than one match here so far. It’s wild, but not crazy crowded and intense. We’ll be slipping in to watch the game, (and hopefully celebrating after!), and having some of their unique cocktails – like the Always Vacationing. Also, Republic is a pizza bar, and there is nothing like midday beers and pizza to get us in sports watching mood. Republic is lounge-y, and less like a sports bar – but that’s a little bit why we like coming here to watch the games!

Half the team at Give Me Astoria is really into the whole sports bar vibe, and they’re heading to the Mad Donkey Bar and Grill. Now, the USA playing is the perfect excuse to have fishbowls at 12 in the afternoon. Don’t judge us. If you haven’t tried them – they’re $30 for these huge fishbowls that are literally filled to the brim with alcohol goodness. So good. Plus, they’ve got that old-school-throw-your-peanuts-on-the-floor things, which isn’t for everyone, but it definitely gives Mad Donkey part of its charm. BUT if you’re slipping out back to work after the game – you might want to soak up the fishbowls and beers with The Donkey Mess, or their Philly Cheese Steak. OR you can just build your own burger! 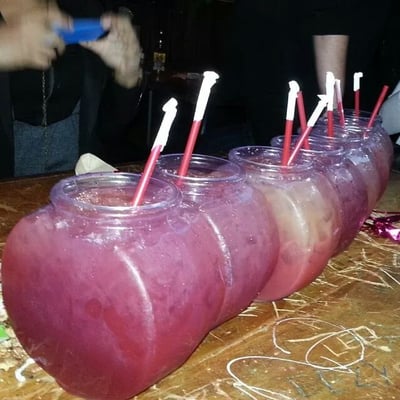