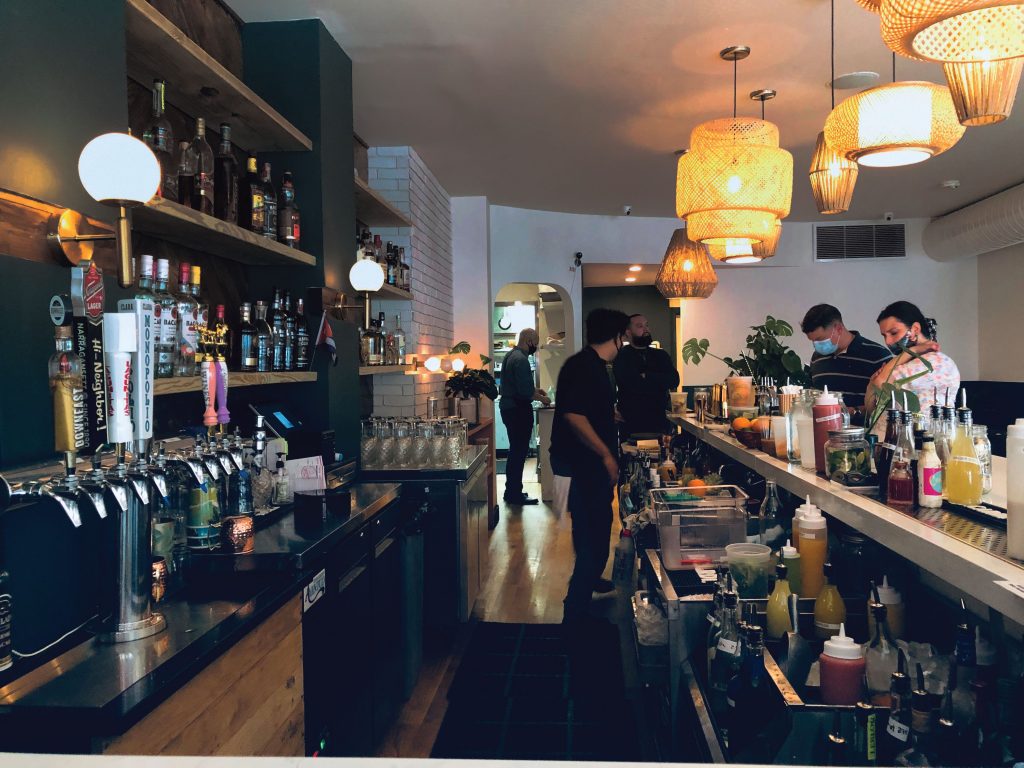 When he’s not cooking with stars like Natalie Portman, Steven Londono is cooking for Astoria residents, curating menus that focus on classic Peruvian, modern Peruvian and Cuban cuisine.

Formerly a chef at the well-known LA hot spot, Guerilla Tacos, working alongside Executive Chef Wes Avilas and Jason Beberman, Steven Londono was led to New York City by Elementum Hospitality Group to take their entrepreneurial venture to the next level. As their Executive Chef and Culinary Director, Londono prepares classic Peruvian chicken at Don Pollo, which has locations in Ridgewood, Ozone Park, Sunnyside and now, Astoria. And who doesn’t love the succulent, slow-roasted flavors of Peruvian-style chicken, served with their signature yellow and green sauce, or a classic Peruvian rice dish like chaufa? 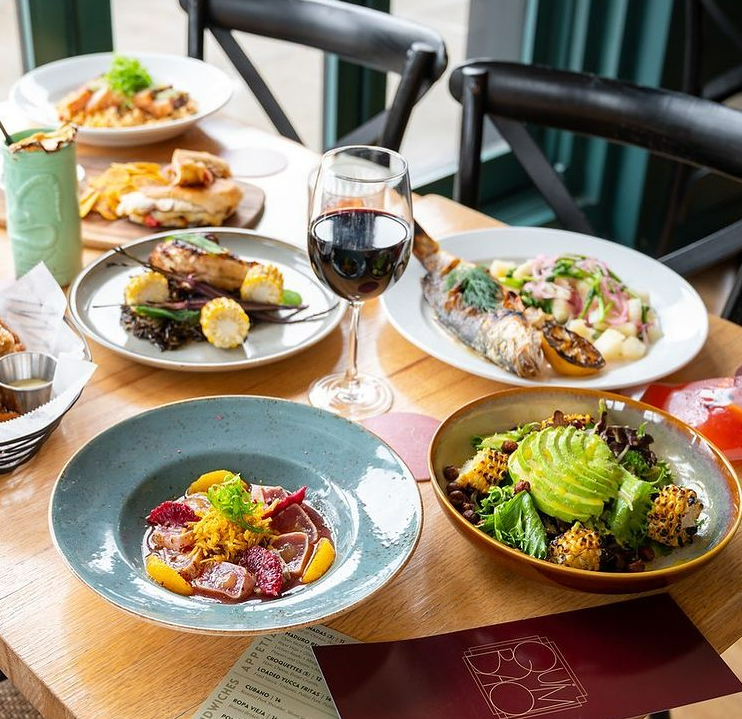 With Londono at the helm of their quaintly familiar and exotic fanfare of flavors, Elementum Hospitality Group proceeded to take Peruvian cuisine one step further with Rosatoro Restaurant and Pisco Bar, which is named after a famous avenue in Lima (the city of Lima itself has become a top-rated culinary force on the food scene). Rosatoro aims to bring you a taste of that “new” Peruvian food scene by offering contemporary Peruvian dishes, including a mixture of spicy ceviche, black bass and huacatay, wild mushroom chaufa and a variety of pisco-based cocktails. 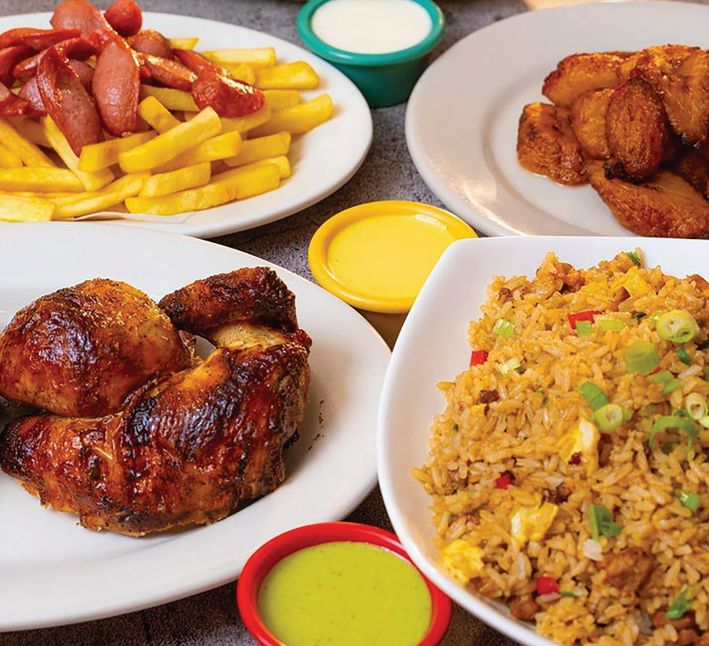 Elementum Hopsitality Group was formed about a year ago by Kevin Sales, Director of Operations and Bruno who is the CEO.  I spoke with Juan Aristizabal, Director of Hospitality, and he is very excited to have come on board, to bring what he refers to as a “revolution” of Peruvian cuisine to the heart of Astoria.

For him and the rest of the Elementum team, their goal is to bring you Latin American hospitality where people can gather around good food, good company, live folk music and a place that makes you feel at home. Sadly, Rosatoro suffered a tragedy last month when a neighboring delivery drivers was fatally struck by a speeding car that crashed into their outdoor dining structure. In true community spirit, Elementum Hospitality Group immediately jumped to his surviving family’s aid and helped start a crowd funder that raised over $100,000 for the victims of this terrible tragedy.

Bringing you innovative Latin American fare is part of Elementum’s ultimate goal. Seeing the need for an authentic Cuban restaurant in the neighborhood, they opened Quimbao, which celebrates the vibrant colors, culture and flavors of Havana with reimagined traditional Cuban cuisine and a rum-focused bar.

As we venture further into summer, it will be hot, hot, hot…and sizzling hot. You might want to head over and capture the sights and sounds of Cuba with live music on Friday and Saturday nights. If you can’t spend a day on the beach in Havana, you can spend a mellow summer evening just chilling on Quimbao’s soon-to-open rooftop instead with one of their several refreshing rum cocktails.

Personally, I’ll take the spicy Hamachi tostada with fresh, melt-in-your-mouth hamachi, salsa macha, toasted peanuts, garlic crema, tomatoes, seasonal citrus, and red onions, washed down with a Cuba Libre or a Guavaloma. With so many rum “yum” to choose from, you might find yourself stuck between a rum and a hard place, but all are guaranteed to quench your thirst and tempt your taste buds for a taste of the tropics. 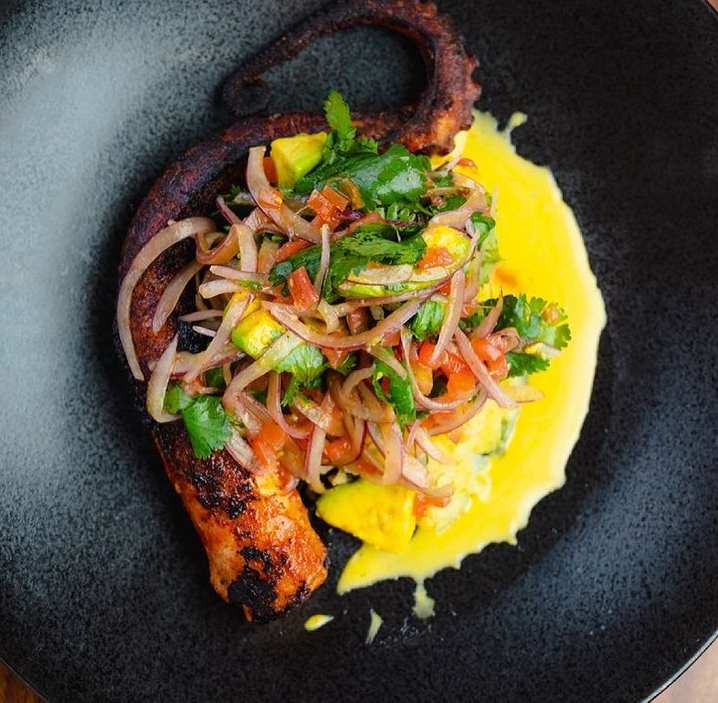 Though still in the planning stages, a concept for pisco (Peruvian brandy) tastings and beverage classes at Rosatoro is currently being developed. Elementum wants to continue investing their time and creativity into the thriving culture that is the backbone of our community. They want you to feel at home and part of a community by bringing you the classic tastes of their home with a fresh, new vision, straight to your lunch, brunch or dinner table.