Getting our drink on at Blackbird’s! 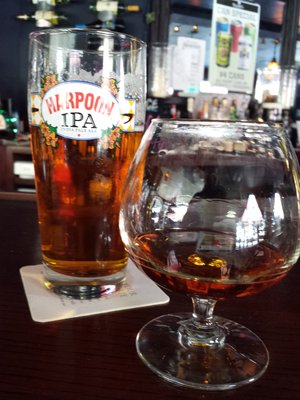 For this week’s Pick of the Week, we’ve got a bar instead of a restaurant! The thing about this bar, though, is that their food is on par with an awesome restaurant, and we absolutely love it.

The best thing about Blackbird’s is their atmosphere. It’s not a cheesy dive bar, but it’s not an outdated bar either. The bar go-ers here are a hugely diverse group – so any night of the week you’ll run into the happy hour professionals, the younger crowd, the older crowed, couples, singles, pretty much everyone. It’s an interesting place to go, and you never feel “out of the loop.”

One of the best part of Blackbird’s is their homemade wings. Holy moly. They make their sauces in house (along with everything else on the menu,) and they’re to die for. If we’re in a beer and wings kind of mood, Blackbird’s is the place to go – especially on Wednesdays, when they’ve got half price wings (12 for $5)  and $4 beers all night. There’s four choices for sauce: medium,mild, hot and nuclear. You have to try the nuclear wings at least once, but we warned, they’re made with habanero peppers.

Another one of our favorites, and understandably a best seller, are the jalapeno poppers. They’re cut in half, stuffed with cream cheese, and wrapped in bacon, and oh my god are they good. 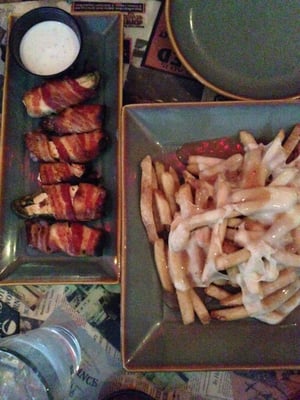 Besides their food, Blackbird’s – being a bar – naturally has some awesome drink selections. There’s an extensive beer list, with an emphasis on craft beers. They’ve got 12 beers on tap, including some German beers, and Harpoon IPA. 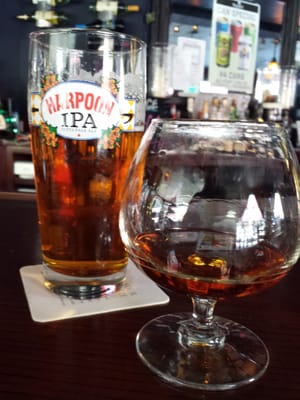 Twice a year, Blackbird’s has a beer tasting, and the winner gets to be added to the tap. There’s also a rotating line – which currently has Mckensizie;s Black Cherry Cider, and will soon be switched out for a summer IPA from Bronx Brewery.

Blackbird’s is getting ready for festive fall beers, which includes an amazing pumpkin beer from Southern Tier Brewery in Upstate New York. They serve it with a cinnamon sugar rim, and it tastes exactly like a pumpkin pie – and exactly like Fall.

There’s a different special each day at Blackbird’s – and they’re usually food and drink specials – so you’ll always find a deal going on when you stop by. 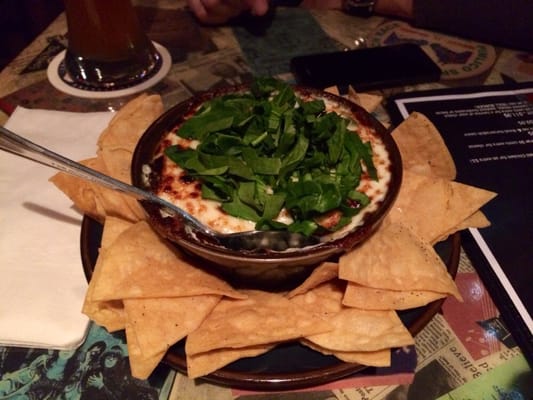 Blackbird’s consistently has great service, tasty, warm food, and a wonderful vibe. It’s easily a place that we visit over and over, and we love it enough to call it our Pick of the Week.