The accident occurred just after noon, at the intersection of Ditmars Boulevard and 21st Street. The Fire Engine 312 was racing to the scene of a fire when the Q100 bus heading north on 21st collided with the fire truck, according to witnesses. 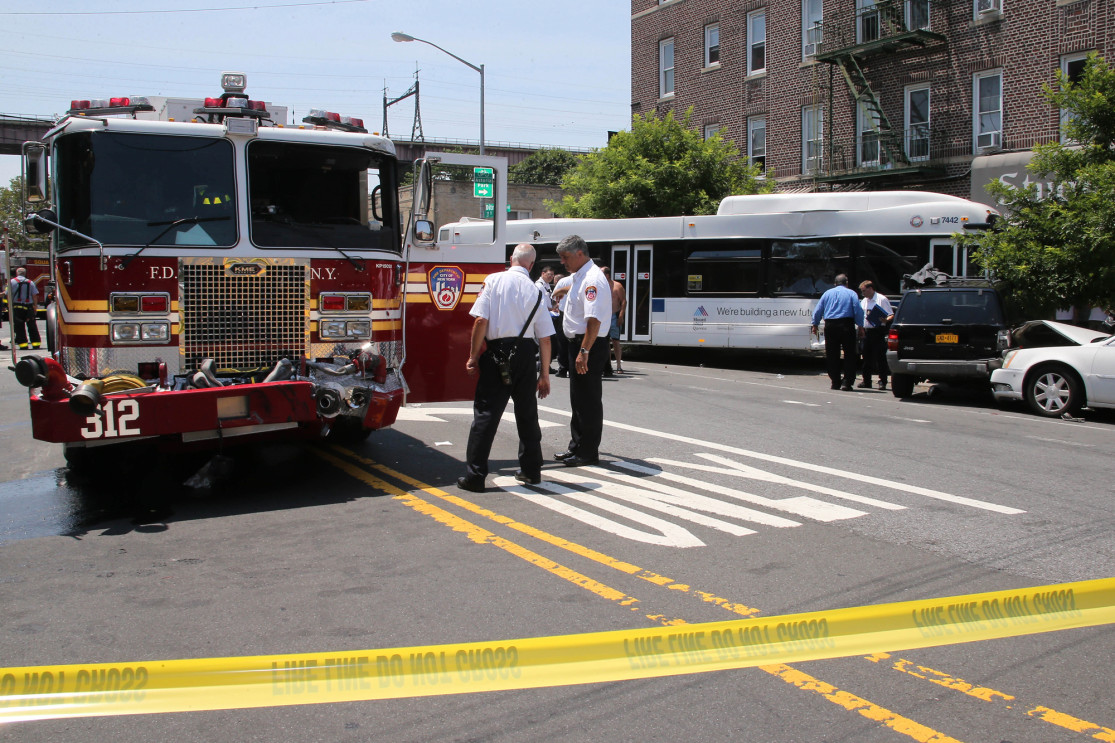 At least 14 people were injured. Two were firefighters and some were children. All 14 were taken to hospital, with one woman who was on the bus stating that she lost consciousness.

After hitting the bus, the fire truck then sped into two parked vehicles, according to witnesses. The truck was on its way to 8-01 26 Avenue where a fire was later brought to control.

According to an MTA spokesman Christopher McKniff, the bus had the green light, however the truck did have its emergency lights and siren active. The bus then jumped the curb, where it came to a rest on the sidewalk.

According to cbs local, there was some question to whether or not the Truck stopped at the red light. 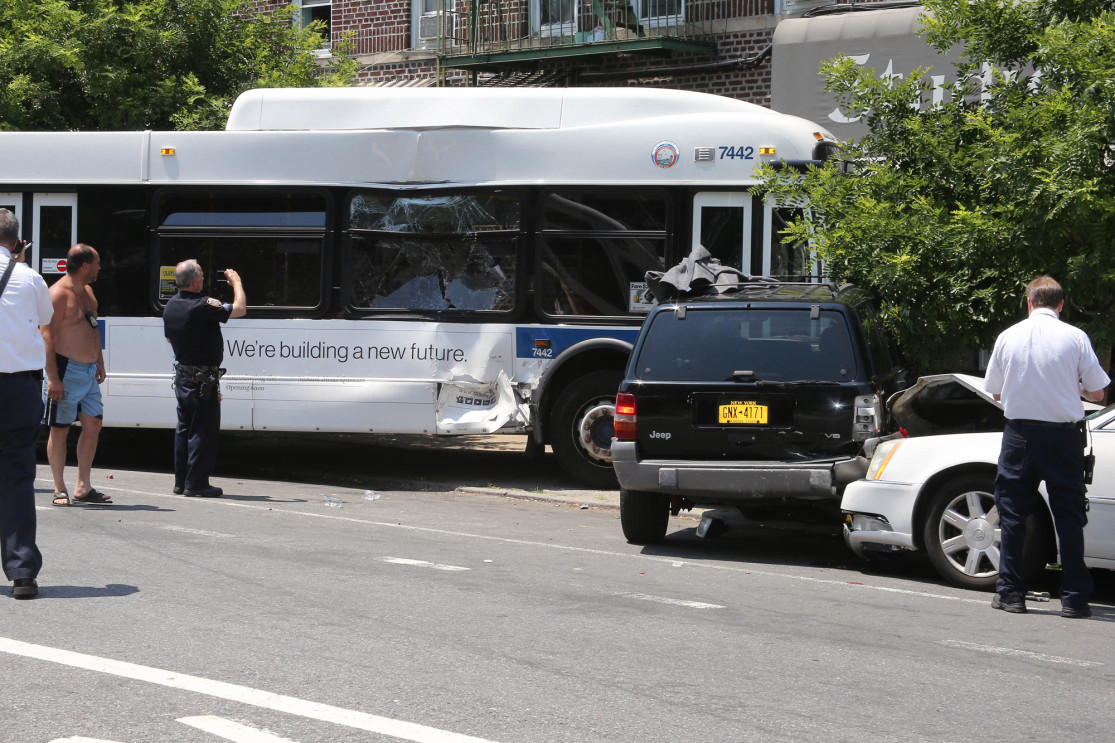 An unnamed chief who was present on the scene stated that fire trucks even in emergencies always need to stop at red lights and proceed through with caution.

The accident is being investigated by both the NYPD and the FDNY. There was also a second accident on the same day. It also involved a Fire truck in Astoria. Engine 292 collided into a blue four-door sedan at the intersection of 21st Street and 21st Avenue, according to cbs local. The female driver of the sedan was injured.

Many residents of Astoria voiced their opinion on the matter of cars not getting out of the way of fire trucks. The traffic certainly doesn’t help. However, vehicles which stay in front are always at risk of accidents.

Both cases are being investigated.