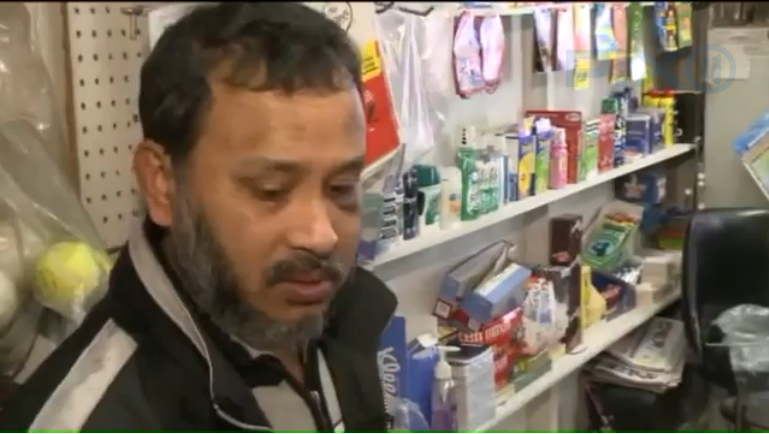 With recent events throughout the world, anti Muslim crime has been on a steady rise in America, Astoria being no exception.

Sarker Haque, 53, owner of Fatima Food Mart on 21st Avenue in Astoria was brutally attacked by one Piro Kolvani, who beat Haque repeatedly in his store.

Haque told Pix11 that when he asked what the man was doing, Kolvani replied 'I kill Muslims'.

The attack occurred in broad daylight, and is only one of many recent attacks on Muslims in New York.

During the attack, a customer who knows Haque entered after hearing the cries from the store owner, the Latino man who is not a Muslim held Kolvani down while another passerby called police.

Haque concluded his story by saying that 'it doesn't matter what color or nationality you are….we are in America. Everybody came from somewhere'.

Another recent attack on the Muslim community came Sunday when in Philadelphia, a pig's head was thrown at a mosque.